Posted at 16:10h in News, The Munich Cowboy Cheerleaders by Kathy

This opportunity led me to traveling all over the World and became the  “gateway” to working and living in Europe. I remember walking into my first Buck-i-robics class at The Ohio State University in 1984.  Aerobics classes were starting to gain in popularity around this time so I thought I would try it. I had just finished my second and final year as a Cheerleader and  was searching for something to keep me in shape. My roommate, Judy Trikones, was getting her Masters and was working with the Director of the program (Liz Davis) in starting and hiring the teachers for the program. She thought it would be perfect for me but I had not attended a class as of yet. The first class I attended was a noon class in which Liz was teaching. The classes were held in these huge sports halls where intramural classes such as volleyball, basketball were also  held. I remember the ceilings being really high and the floors painted dark green and had bright white borders around the gym and free throw lines of a basketball court . The classes were free for  faculty, staff and students so there were roughly 150 – 200 participants per class. The instructors lead the classes on top of these large wooden platforms that were raised about five feet off of the floor with carpet so that everyone could see them. There was a sound system beside it and instructors wore a cordless microphone. 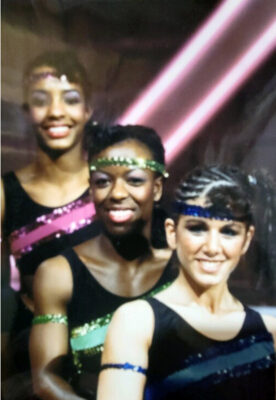 The noon class was packed for my first class. Of course, I wasn’t shy so I found a place toward the front a couple of rows back from the stage. Liz gave safety instructions for the class drinking plenty of water, and marching in place if you needed to bring your heart rate down.  Now, at this time in the mid 80’s,Jane Fonda and her videos were really popular. She set a trend with her classes and her style.  When I began attending aerobics it was all high impact and high energy. Unlike the modifications of today. I went into my first class a little bit cocky since I had just recently stopped cheerleading so I knew I was in tip top shape to handle a sixty minute class. Boy , was I in for a rude awakening. I was out of breath; I had problems keeping up, cardiovascularly and couldn’t finish the Ab work. When it came time to do the cool down and finish the class I was completely exhausted and in total disbelief. How could I be this out of shape? I cheered for both football and basketball with several practices weekly. Then it hit me!  Cheerleading is Anaerobic conditioning . The type of exercise that is more intense but with shorter duration. Our routines were two to three minutes at best. The aerobic classes were at least five minutes full out with maybe a minute rest in between songs for 30 – 40 minutes. No wonder I was sucking wind. I love a good challenge. I continued to take the noon class several times a week and eventually made it through the entire class.

My roommate Judy started encouraging me to speak with Liz the director about training to become an Buck-i-robics instructor. I introduced myself to Liz after one of her classes and told her that I would be interested in becoming an instructor if she had openings. Two months later I started “team teaching” with Liz and eventually had my own class on the schedule. It was a Blast!! 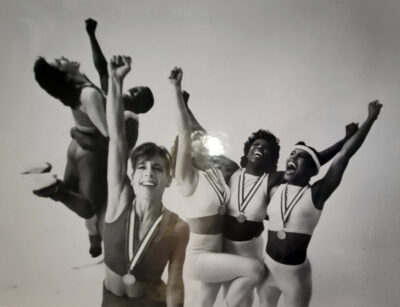 MaDonna was a good friend of mine and was on the Cheerleading squad after I began teaching Buck-i-robics. Both she  and my other teammate Judy were getting their Masters while I was finishing undergrad. MaDonna was at NYC getting her Masters in dance. We stayed in touch often. She called and told us about an aerobic competition called the “Crystal Light National Aerobic Championship”. She  had seen it on TV and felt that the three of us could create a team and compete later that year. They had the entry forms in Shape magazine at the time and we should do it. Judy and I had never heard of it but we were all in. This would be our last chance of doing something together since we were all set to graduate in our respective fields and most likely move away from Columbus, Ohio.

So we set out to choreograph a winning routine. The movie “Perfect” had just come out and it had a great soundtrack which I was using in my aerobic classes. We narrowed it down to  Nona Hendryx – “I Sweat (Going through the Motions)” and Jermaine Jackson – “(Closest Thing to) Perfect” and decided to go with Jermaine Jackson. We loved the sound effects and the Saxophone solo in the song. We took turns traveling from Columbus to New York to put together the choreography. Back then, they had Peoples Airlines that cost us $20 one way and Judy and I  would sleep on the floor of MaDonna’s apartment in NYC  or she would stay at our apartment on the couch when she came to Columbus. The closest regional for the competition was in Brooklyn which was perfect since MaDonna lived in the city and we could take a train to the Mall where it was held. We decided to wear black lycra unitards and call ourselves the “Braids” since cornrows were popular and we could all look the same. Judy hated the idea of not washing her hair everyday. We let her keep some bangs in the front so she wouldn’t complain too much.

When we arrived at the Mall it was packed with competitors warming up and going through their routines. We froze  with our mouths open, staring at everyone. Not because of the amount of people but what the competitors had on. Everyone had professionally made costumes with sequins, very high quality. We looked at our drab black unitards and knew we had to spruce our outfits up to compete with the other contestants. We ran through the mall looking for something to add to our outfits; we saw a Foot Locker. We ran in and bought bright yellow leg warmers and matching yellow shoelaces for our hair and royal blue high leg bottoms to go over our unitards.  It was the best we could do on such short notice. Despite not having the best costumes, our routine made us shine brightly enough to win first place at the regional advancing us to compete for the championship team. We would fly out to Los Angeles and perform at NBC studios. We were over the moon excited. Two of the judges came up afterwards to congratulate us and gave us some advice. They absolutely loved our routine but suggested that we upgrade our costumes with more sparkle. We returned to Columbus elated about competing in the Finals. My first job out of college was a manager of the Shannon Way Athletic Club and the owner had heard about our competition. He agreed to sponsor us and provide us with the money we needed  to get new costumes made. Check out the video clip on my YouTube channel to see our costumes and winning routine. 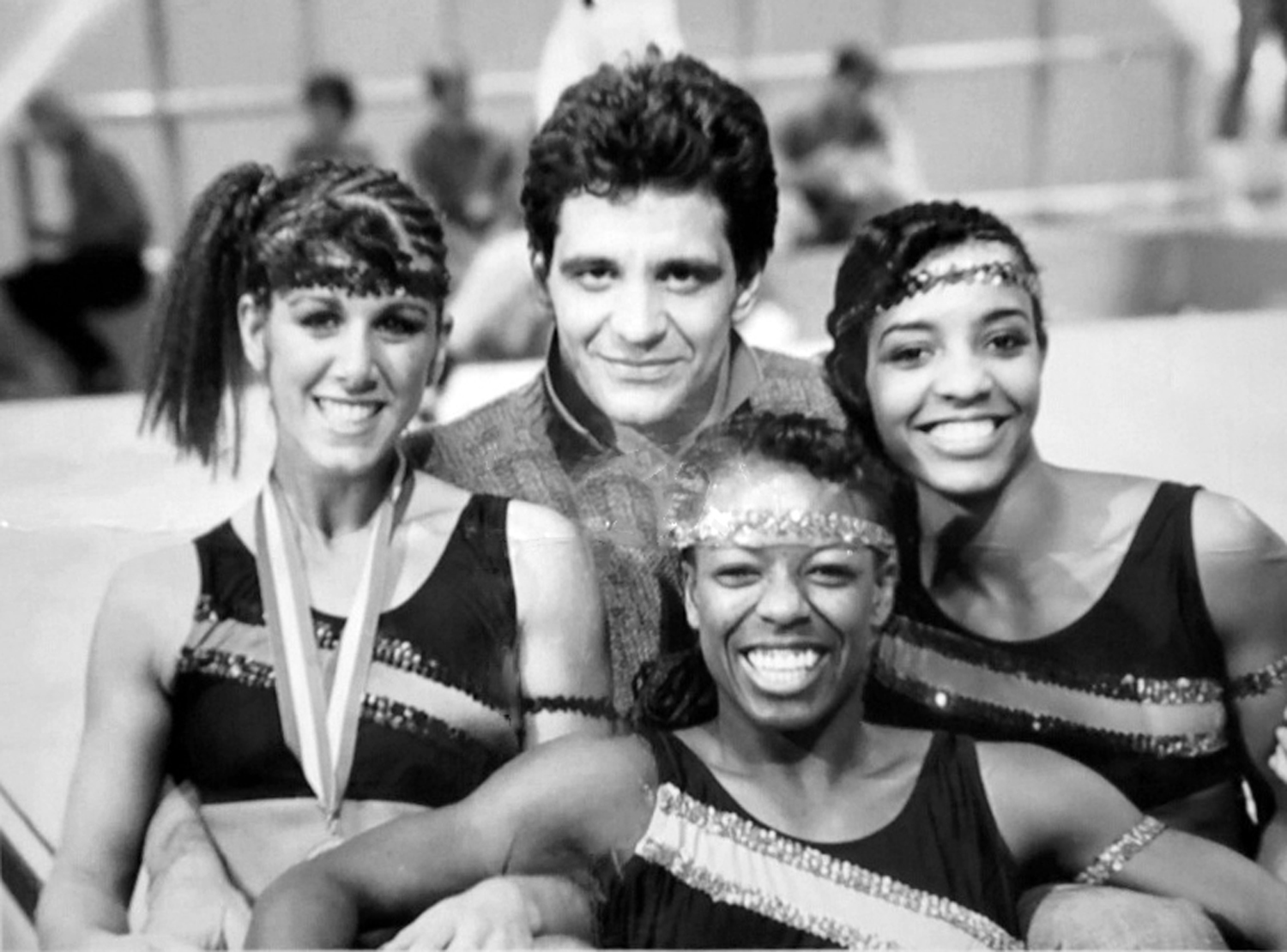 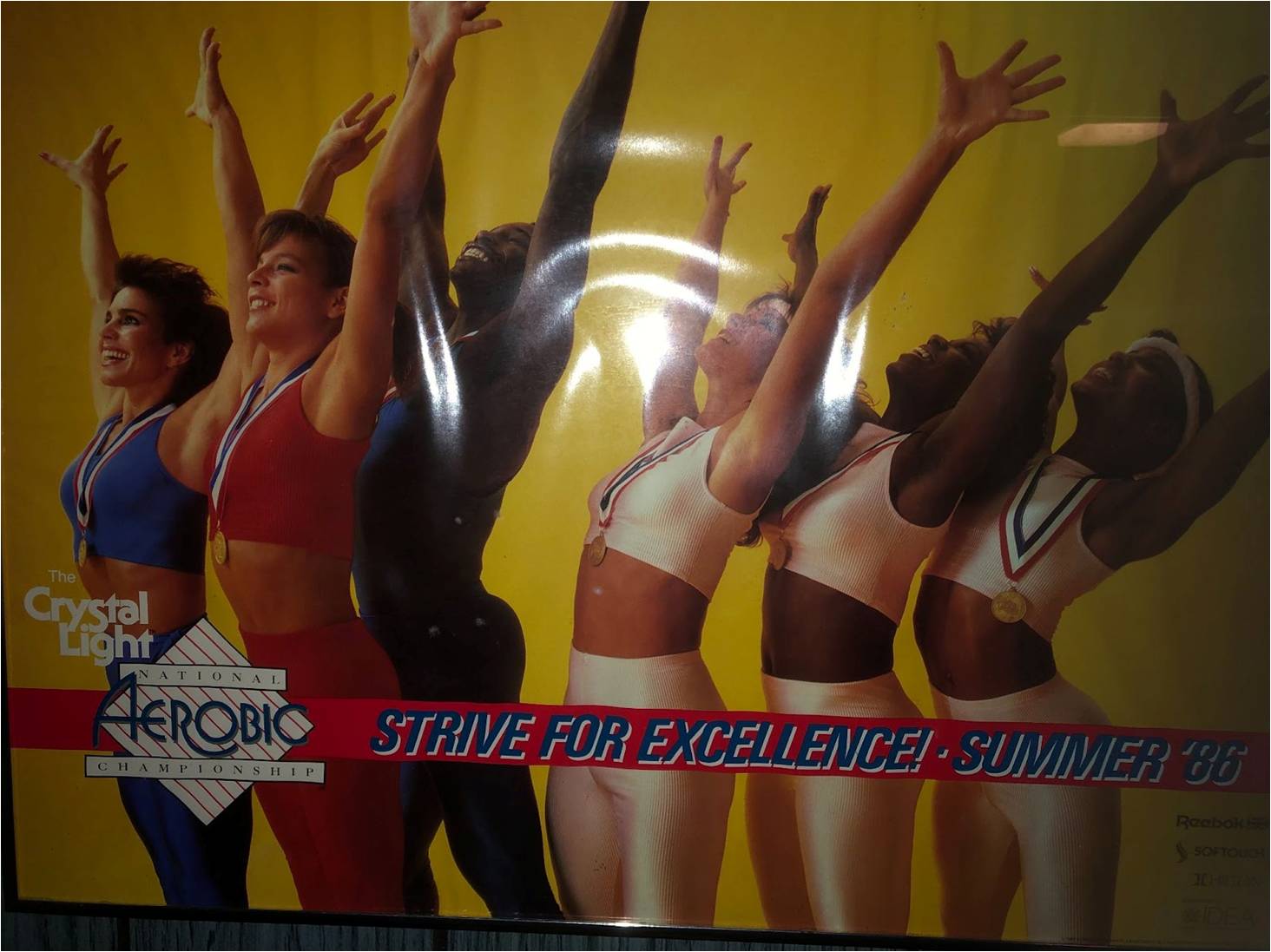